Water is, in many ways, life itself. Every being on the planet needs water to survive. For us, water works to regulate body temperatures, to lubricate our joints, to transport nutrients in our bodies and support immunity. Vital organs like kidneys and the liver depend on water for their function of blood purification and detoxification. But does soft drinking water interfere with these processes and is drinking softened water bad for you? This article will go into detail about how hard and soft water differ and what the pros and cons of each are. 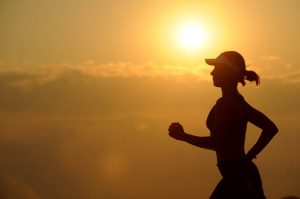 Water from the many parts of the world is naturally hard. Hard water is super-packed with minerals that serve as electrolytes in cell function in our bodies. Such ions include potassium, magnesium, and sodium among others.

Without these essential minerals, no matter how much water you drink you will be at risk of dehydration. The electrolytes help in water retention in cells. We always lose water when we breathe out, when we sweat and when we use the washrooms. When there is no water retention mechanism in our bodies, there is an excessive loss that upsets the natural balance leading to dehydration.

The Geological Survey of the United States estimates that 85% of the nation has hard water sources. Lately, however, many people are using water softeners to achieve desirable benefits with water. There have been concerns that drinking softened water might be bad for health. Are these allegations true in any way?

During water softening, calcium and magnesium get replaced with sodium ions. If the hard water contained lots of magnesium, then it would take more sodium to soften the water.

Why is water softened?

So, what happens when you drink soft water? Despite popular belief, softened water is not salty. During water softening, sodium bicarbonate is formed, as opposed to the table-salt compound sodium chloride.

Sodium in Food vs. In Softened Water

Doctors recommend that we not exceed 2,400 mg daily consumption of sodium. Drinking soft water in a day generally adds about 160 mg of sodium to your natural diet. If you are concerned about the effects of softened water, it is prudent to talk to a doctor about diet changes. In rare cases, doctors have discouraged anyone from drinking softened water.

People watching their sodium intake can consider water purification. That is water softening that uses potassium instead of sodium. The systems achieve the best water for your health and cleaning.