According to various research findings, the long term benefits of preschool cover both social and cognitive development. The first five years of a child’s life is characterized by rapid brain and behavioral development; investing in quality preschool or early learning programs can have significant benefits to a child’s later development.

This has been a subject of great debate, especially among scholars and researchers in this field. While there are arguments for both sides, evidence continues to show that there are numerous benefits of preschool education. 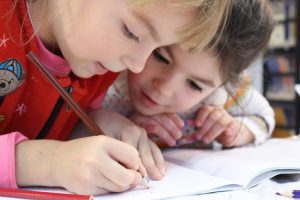 Determining the long term benefits of preschool can be rather complicated but an increasing body of evidence has shown that these programs help to reduce achievement gaps by improving school readiness.

Pre-school years are a critical period when a child develops foundations for thinking, emotional well-being and behaving. Preschool, where the child learns primarily by playing, encourages language and pre-literacy skills, fosters creativity and imagination and develops their social and emotional skills.

According to a recent study, children who received a quality early education were found to have better long term social interaction skills, emotional maturity and appropriate behavior. The early introduction gives them an opportunity to interact with their cohorts from diverse backgrounds and form positive relationships with their educators.

Additional research suggests that quality preschool programs boost cognitive development and that children who attend these programs for three or more years perform better in Year 4 reading, mathematics and science. The evidence also reports higher literacy levels and numeracy understanding in children aged between 11 and 16.

Research results also indicate that children who have access to quality preschool education have a reduced need to access special education in their later years.

Another research study shows the link between the benefits of boosting academic performance through the early years and the ability to retain grades in later school years. This study examined the long 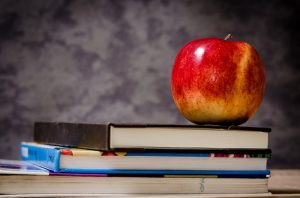 term effect of a particular preschool program on the performance and grade retention of its former students in their middle school years. Those who were held back a year before joining pre-school were less likely to perform well academically.

Evidence also suggests that children who have access to quality preschool programs are less likely to have class attendance issues and more likely to complete school.

Based on the research findings, there are several long term benefits of preschool. The quality, as well as the amount of early learning that a child participates in, can have a significant impact on the child’s long term social and cognitive outcomes. These structured programs, led by top educators in play-based learning environments go a long way in laying the critical foundation for how a child thinks, behaves and how healthy they are emotionally.

Learning how to read is a critical developmental milestone for any child. It’s never too early to start reading to your child. Here are a few reading tips for preschool parents to help your child become a happy and confident reader.

Whether you are a single parent or have a partner, it is important to take steps crucial steps to teach your child how to read. Below are a few reading tips for preschool parents.

Pre-reading skills are a great place to start teaching your child how to read. Start by teaching simple actions such as the direction to turn the pages, how to hold a book and moving a finger underneath the words. The best way to introduce your child to these skills is by reading books aloud early on and keeping conversations about reading engaging and positive. Beginning with this simple start will help them enjoy the advantages of preschool.

Let Your Kids Choose Their Own Book

Children love to feel involved in the learning process so giving them the freedom to pick their own book helps them engage with reading. Study various covers of age-appropriate books with your child and allow them to choose which ones they like best.

Verbal games help a child to hear and identify the beginning and end sounds of a word. Playing some verbal games will, therefore, help your child to develop the ability to comprehend the individual sounds in words. 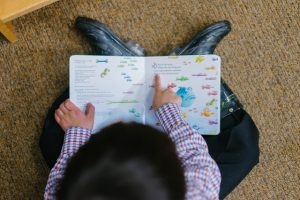 Rhyming games, for example, can also be fun. Encourage your child to find objects around the house and ask them to come up with words that rhyme.

Children love spending time with technology – from playing games on tablets to watching their favorite TV shows. Use your child’s screen time to teach them more about the world and build their general knowledge. Ask them questions about what they enjoy and talk about what they watch and do online.

Picture books are a great foundation for a child’s literacy learning journey. Ask your child questions about what they see on the pages. Through simple discussions with your child, they’ll begin to develop subtle nuances of inference, comprehension, and prediction that are realized in language.

When reading books with your child, do it with enthusiasm. Try different voices and be creative when different characters are speaking, for example. It also helps to dramatize sound effects such as animal 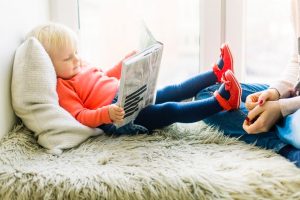 noises and loud bangs and ask your child to try and repeat the sounds.

We see words everywhere we go. Form street signs to newspaper articles and packaging on food, there are new words your preschooler can discover each day. Ask your child if they recognize any sounds or letters if they struggle and keep it interactive. It also helps to explain to your kids the meaning of any new words they encounter to boost their vocabulary.

As you are going through your child’s preschool checklist, also include some of the items above. As a parent, you should make some effort to provide a solid foundation for your child’s later reading success. These reading tips for preschool parents offer great ways to develop your child’s ability to read. Read to your child often and they’ll be able to recognize letters and match them with their corresponding sounds all the while mentally storing word definitions and combining sounds with words.